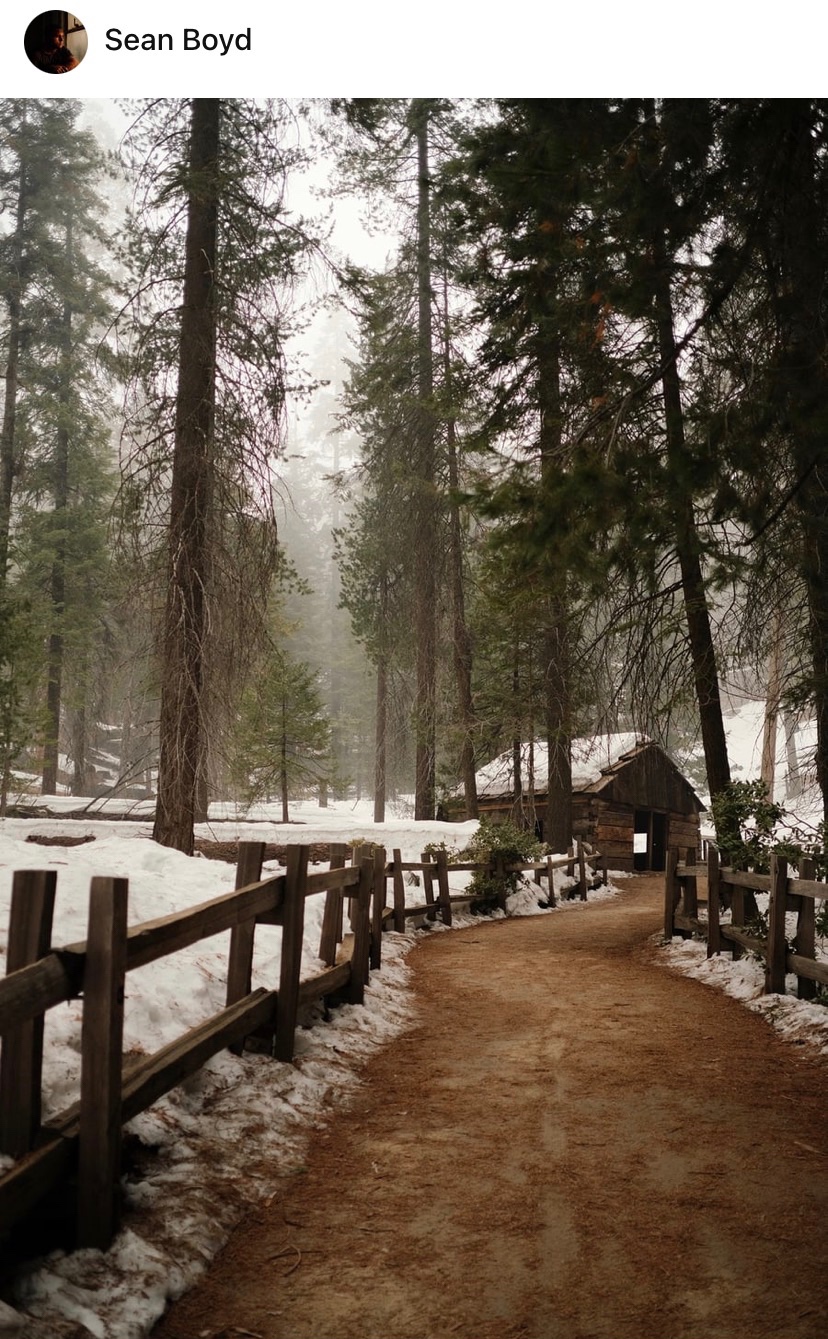 “Holly once told me, ‘The clues are always there. You just have to be open to seeing them. Then be thoughtful enough to knit them together in order to find the answers you seek.”

Answers in the Snow

“I need to get the world together for a very specific questions and answers session,” grumbled Triston, his red rescue jacket and equipment pack like glowing beacons against the white snow and icy fog in the forest.

“Oh, yeah? What questions would those be?” Replied his rescue partner Milly trudging alongside him. Many would consider her little at 5’4” tall, yet she was a robust rescuer. Unlike Triston, she was enjoying crunching through the snow this morning.

“Well, I’d start with; why in the bloody hell do people have to venture into the wilderness after a snowstorm when they know there’s a good chance they’ll get killed? More to the point get us killed having to come here and find them!”

“I don’t have an answer, but come on — admit it, you thrive out h-argh!” Milly’s last word became a shriek as her boot plunged through the snow, slamming her into the icy ground.

She fixed her hazel eyes, dulled the frustration, upon his worried brown ones, “Humph, I bashed my leg. And, I found a bloody pond!”

Triston hid a grin as he offered a strong gloved hand, “That sucks. Let’s get you out of there.”

“Thanks,” Milly locked her fingers about his wrist and allowed him to haul her free of the icy hole.

He scooped her into his arms and carried her beneath a safe pine tree.

“You didn’t need to carry me,” she said indignantly although not stopping him.

He carefully lowered her to the crunchy ground with concern, knowing even a sprained ankle out here could lead to death through being unable to walk to safety, “Did you hurt yourself at all?”

Milly tested her leg as she hobbled in discomfort for a moment. “I’m okay, just bruised I think. Let’s find the young couple get out of here.”

“That’s a relief,” Triston squeezed her shoulder as he gazed about the foggy woods. A hundred square miles of pine barrens stretched from mountainous slopes to the north. The couple had gone for a walk yesterday after the snowfall and had failed to return. Their family had reported him missing this morning. “We should cut around to the north-west and try the mountain hiking trail.”

“I don’t know,” Milly curled her lip, “Billy’s up there in the chopper, he’d see them on that trail.”

“That’s true” Triston took hold of his radio, “Rescue team one, to rescue chopper. Come in.”

‘Go ahead, rescue one. This is Billy in the chopper,’ replied the pilot sounding cheerful through the static.

“Any sign of the couple? We’re drawing a blank in the forest.”

‘Not a thing. There is the sign of a small avalanche on the east side of the mountain. Rescue team two are climbing that way to check it out.”

“Roger that, will continue west to check out the forest trails,” Triston received an affirmative from the pilot and stowed his radio. He stepped forward but Milly didn’t follow. “What?” he questioned on seeing the thoughtful look creasing her cold-reddened face.

“I think we need to go question Grainger.”

Triston baulked at the idea, his expression between repulsion and fury. “No way. I never want to see that animal murdering, crazy scumbag again — unless I’m going to his cabin to kill him!”

“His cabin is the only building within twenty miles, also with his CCTV network, there’s a good chance he might have seen them. We have to ask him for the couple’s sake.”

“He killed a mother bear right in front of me. two of her three cubs died as a result. All he cared about was his damn trophy. I …”

”I know, it sickens me as well. This is about saving lives – come on!” Milly stepped away in the opposite direction to Triston.

He groaned and swore beneath his breath but followed her anyway. Not because he agreed. He just wasn’t allowing Milly to visit the scumbag alone.

The two hiked for another mile, checking a trail en route but finding it devoid of human footprints.

“Why does he need cameras out here?” Milly wondered aloud. “This how he finds poor creatures to murder?”

“I think he was in a war. These cameras might be an indication that he still thinks the enemy might be hunting him.” Triston took her hand again, to help her scramble over a fallen tree.

She grinned, “Just don’t be the one hunting him today, okay?”

“Over there,” Milly indicated an earthen path and crude fence-line cleared of snow.

Triston took a deep breath, “Let’s get this over with.”

The two rescuers meandered through the trees and dropped onto the path. At least for Milly, it was nice to be on solid ground again.

“One set of footprints, leading to the cabin. There are lots more indications, but they seem older and scratched away by a snow shovel,” Triston noticed as they walked toward the log cabin. Its door was closed giving the building a very uninviting appearance.

“Maybe so, but I’m seeing something way more suspicious.” Milly pointed toward her feet.

“What have you got?”

Triston did, “This heel —” he locked eyes with Milly for a moment. “It’s different again. Grainger seems to have had two guests.”

“Yeah, and all the prints lead toward his cabin.” Milly agreed as they rounded a bend in the path.

Milly flinched and drew her eyes towards the log cabin. Its roof was thick with snow, the door was open. The man stood in the light and had them pinned under the sights of an M40 rifle. Beyond the barrel, he was dressed in old army fatigues and sported a heavy greying beard.

“Put the bloody gun away, Grainger!” Triston yelled. “You know me and Milly, from Mountain Rescue.”

“Well, well. If it isn’t the bear fancier and his bird,” Grainger retorted without lowering the gun. “Come for another fight, did you?”

“No. We’re looking for a couple who vanished around here yesterday,” Milly said preventing Triston from continuing the argument.

“That’s horse shit, Grainger. And you know it!” Triston stepped past Milly, approaching the cabin.

She placed a cautioning hand on his strong bicep.

“You accusing me of something, boy?” Grainger made a show of cocking his rifle.

“Not yet, but I know you’ve seen the couple.”

“Certainly,” Milly said her mouth dry with the fear of being shot. “There are remnants of footprints belonging to male and female feet smaller than yours, on your pathway.

“You scraped away the snow to remove most of them. Yet one or two where the sand melted the snow are still visible.” Triston added. “So, where are they?”

Grainger neither moved nor said anything for an icy couple of minutes.

“Come on, Mr Grainger. We need to know so we can help them. It’s approaching twenty-four hours since they went missing. In these freezing conditions, they could already be dead but we need to find them in case we can save them,” Milly urged amazed at her feet for taking her closer.

“I think you’re an animal murdering bastard. I know you can kill people because you did in the war. But I’m not accusing you of murdering the couple. I just know they were here and we need your help to find them – unless you have something to confess.” Triston said pointedly now six feet away from the hunter.

“The bear was going to kill you. She died so I could save your life!” Grainger spat.

“I was backing away. She was holding her ground.” Triston gritted his teeth, “She did not have to die and neither did the cubs who passed away as a result. You —”

“Enough! This is not helping the couple. Mr Grainger, please. Where are they?”

Grainger fixed her with his blue-eyed stare and nodded. He put the safety on his rifle and beckoned. “Come in here.” Without waiting, he ducked into the cabin.

“We have no choice. We have to find out what he knows,” Milly stepped into the cabin.

It was very basic inside, aside from the computer controlling the cameras and the generator powering it. The space was heated by an old potbellied stove, it had a military camp bed. A log-built kitchen unit stacked with food and beer cans, and a similar table with four chairs.  There holding mugs of steaming tea were the unharmed couple.

“That’s us,” she replied with a nervous smile.

“We’ve been looking everywhere for you. Your family thought you may have succumbed to the weather and died out here,” Triston said his wary eyes on Grainger, perched on his bed.

“I think you guys have some explaining to do,” Milly said.

“I agree,” Triston took out his radio.

“Don’t tell anyone where we are, please?”

“Kirsten’s parents wouldn’t let her be with the ‘Worthless stablehand’ they threatened to fly her to Wisconsin. To get her away from me,” Ron began stopping to peck her on the cheek.

“So, we escaped to be together,” she added.

“That I can understand. How do you end up here with Grainger, though?” Triston questioned.

Grainger rose with a crack of his knees and muttered curses. Coming around the table placed an arm around Kirstin. “This young lady is my precious granddaughter. Unlike my poncy son and his wife, I don’t care what Ron does. My only stipulation is that he takes care of and makes her happy or …”

“Break his face,” Grainger said meaningfully despite his toothy grin.

“So, what? You two living here now?” Milly asked.

“No, granddads going to take us over the mountain to start a new life in the village there.” Kirsten looked terrified. If you tell my parents they’ll drag me to the airport and ruin everything. Please, help us.”

“Can we trust you not to say anything?” Ron added desperately.

Milly and Triston locked eyes for a moment.

Milly nodded to him.

‘Roger that, rescue one,’ replied Billy’s voice. “What’s their status, over.”

“Let’s just say, they’re perfectly fine. They will tell the story when they’re good and ready.” Triston put his radio away. “We’ll just tell your family that we found you alive and well. That you told us you’ll return when you’re ready.”

“Thank you. Thank you, both so much,” Ron said shaking his hand.

“Yes, thank you,” Grainger said teary-eyed. “I didn’t think you’d help with what happened between us.”

“This isn’t to do with us. It’s about a couple who have the right to decide their future together.”

“That it is,” Grainger extended his hand. “Thank you.”

“I can’t be agreeable with killing animals. I know you did it to save me. Thank you for that.” Triston released his hand and left the cabin with Milly.

“Right,” Milly breathed, “Now we know there’s no death by exposure or killings out here. Let’s go murder a cup of tea instead!”

A recent bank robbery. A saddened man. A coded message. Can they all be connected?
Young Sleuth Holly Ward is determined to help the man. It’s not long before she too comes under assault from a group of dangerous individuals. In the face of intimidation, abduction and even murder can Holly solve the clues and catch the criminals before she becomes the next Stolen Treasure?

18 thoughts on “Answers in the Snow”