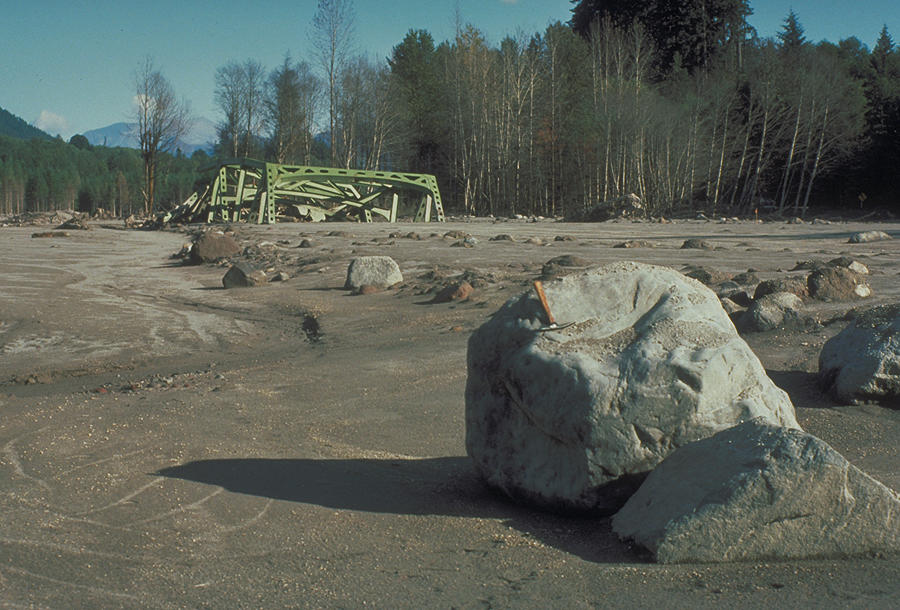 “A lahar is a very destructive mudslide. For the most part it is characterised as being full of pyroclastic material, mud, water from glacial melt on a volcano and rocks. However a lahar does not have to be volcanic in origin. It is simply a large and very wet mudslide. Interestingly the word ‘Lahar’ is Javanese in origin.”

Nyla had been wanting to tell me something all day. I could define that by the way, she would float about the house as if searching for clues. She’d come up to me, begin speaking then change tangent mid-speech. There wasn’t a remote chance of coercing or demanding answers. Not even seduction would get her to tell me until she was ready. I would just have to be patient until her cute lip-biting relinquished its hold and let her speak.

Whilst waiting, I proposed a trip to the hills. She accepted and so we set off in my MK2 Escort. Behind the wheel of the brown-gold painted hot hatch, I was always transported back to the 1980s; a decade I loved for the music, the clothes and of course the vehicles. Giving the Escort some gas, I grinned at the guttural roar from the engine.

“Hey! You’re wasting a lot of gas accelerating like that!” Nyla complained. “Think of the environment.”

I grinned across her. Those mini denim shorts and tiny white tube top she was wearing were making me amorous. “Okay, you think about road safety, then.”

“What?” she placed her sunglasses in her dark hair and scowled at me.

“If any of the other drivers caught sight of your beautiful smile and supple, sexy belly on display like that. Why they’d be rubber-tonguing until they crashed their cars!” I explained with the put-on demeanour of a schoolteacher.”

I felt her fingers massaged my thigh as I focused on the road ahead. Her lips graced my cheek with a gentle kiss that left me feeling hot. “Wowser! Now, I might crash as well!”

“Huh, you crash and I’ll never kiss you again!” Nyla grinned across at me. “Davy, I have something to tell you.”

“Oh, I noticed. You know you can tell me anything … right?” I felt a shallow tremble run through my steering wheel but ignored it.

“Thank you, sweetheart.  I —” Nyla silenced herself again.

I looked across her. “Believe me when I tell you it will be okay. Whatever it is, we can get through together. I promise.” The trembling hadn’t gone away. It had increased somewhat and it wasn’t coming from the car.

“I love you, Davy.” Nyla kissed me again. “A couple of weeks ago, I sent in an application form …”

I gazed at the wooded hills all around me. As we passed a lorry, I looked down into the river valley. Everything seemed serene on this beautiful sunny day. A glance at Nyla revealed tears in her eyes. “Oh, what was the application for then?”

“I applied for a doctorate course in nutrition and well-being at Cambridge University in the UK. The thing was; I never expected to be successful and yet I was. Now, if I want to begin the course next month, I …”

“Hey, that’s great. Congratulations, lovely.” I squeezed her knee as we drove onto a simple iron construction bridge over the river. It gave wonderful views of the valley and the hills rising above it.

Nyla shook her head, her tears flowing down her cheeks now. “Is it? I have to go and live in Cambridge for two years. I’m sorry, Davy. But I have to leave you to take the —” panic gripped her. “Davy, why is the bridge shaking!”

I looked across to her as a red car passed in the other lane. I’d intended to smile instead my face filled with fear. The tremble has become a rumble. A wall of rock, water and mud thundered downriver, obliterating the hillside. “Oh, shit!”

I pointed as I slammed the accelerator pedal to the floor.

“What the hell is that?”

“Lahar, I think an earthquake in the hills triggered it.” A van had stopped ahead to watch the destruction. I swerved around it, honking the horn. The idiot was committing suicide. Back on a clearer part of the road, I accelerated again but I was too late. Too slow.

The mudslide slammed into the bridge a tidal wave of water, rock and liquid earth barrelled over the car.

I wrestled for control as my visibility was driven down to zero. The steering wheel whipped violently in my hands as the lahar corkscrew the car across the central reservation.

The car barrelled into the railings of the bridge with a horrendous metal-tearing bang.

A groan of ripping iron cut through the roaring water.

Rocks hammered against the side of the car and then it was as if we were floating.

“Falling! We’re falling!” I looked across at Nyla’s. To see her terrified face and not be able to soothe her cut right into my heart. Holding her hands, I began to pray.

The impact was immense.

We slammed down on the front grill. The windscreen exploded as the engine was rammed backwards into a car. Cartwheeling, the doors and roof caved in with every impact as the interior flooded with muddy water. Pain erupted in my head and darkness overcame me.

In the distance, I could hear the sound of water sloshing downstream. It drew closer, louder. No, my consciousness was returning. I opened my eyes and groaned. It felt like somebody had pulled the plug in my brain and that it was spinning around in my skull. Some would call it ‘dizzy’ that didn’t begin to describe my disorientation.

Light streamed in from Nyla’s side of the car. It allowed me to discover that I was still attached to my seatbelt but upside down in a car full of mud and water. No wonder I was discombobulated.

Warm blood oozed from a cut above my eyebrow. My shoulder felt dislocated. My ribs and knee hurt like hell too. There was something else more important. “Nyla! Nyla, can you hear me?”

Fumbling about, I found the seatbelt mechanism and unbuckled myself. I splashed down onto the roof and blacked out with the pain.

Waking up what felt like minutes later, I coughed up a lungful of muddy liquid. “Ny-la!” I spluttered as I crawled underneath her.

I couldn’t get her seatbelt to release. Ripping the glove box open I covered myself in the contents, pens, and energy drinks can, a million fuel receipts, a sanitary towel and miscellaneous sweets. Amid the cascade, I snatched my penknife from the air and opened the blade.

I sawed through her seatbelt and caught her as she fell onto me. Supporting her neck, I laid her down as best I could in the cramped space. Her breathing was shallow, but she was alive. She’d sustained multiple lacerations to her face, arms and abdomen. Whether there were internal injuries, I couldn’t be sure. “I have to leave you for a few minutes, my love. I’ll be back as soon as I get help,” I told her while smoothing her hair gently.

Crunching glass beneath my knees, I squeezed out of the remains of the windscreen. The mangled remains of the bridge were sticking out of a new mud and boulder field all around the car. Somehow, a Cedar tree caught us. It saved the car from being buried.

The sound of rotors reached my ears. I began waving frantically. My shoulder complained but that was a rescue chopper. I was getting it to stop for Nyla, at all costs. Climbing to my feet, I watched the yellow craft circle over the debris field.

The helicopter descended and flew over us at slow speed.

Once more the helicopter turned in the grey skies. This time a rescue operative was preparing to rappel down to help.

“Yes! Yes!” My words came through gritted teeth as waves of pain and exhaustion tore at my body. I fell to my knees and crawled back into the car and beside Nyla. “Helps here, lovely,” I told her.

Nyla flicked open her beautiful eyes and smiled, “You’re here. That’s all I ever need.”

“And I will always be wherever you are,” I assured her.

“Let’s get you out of this and healthy again first, hey.” I wiped her eyes. “When we achieve that we’ll pack up all of our things and begin a new life in Cambridge together.”

“That sounds wonderful.” said the rescuer putting his head inside the wrecked car.

“It’s like heaven,” Nyla managed before passing out again.

The helicopter rescue team were heroes in the way they extracted and cared for Nyla. She was in hospital twenty-five minutes after they arrived and I was in a bed alongside her.

It was a miracle we both survived and recovered. Incredible that I’m now sitting in my living room in Cambridge telling you the story while Nyla’s at university studying. Nature’s most destructive force beside a volcano in the lahar had tried its hardest to kill us. To tear us apart. I’m pleased to tell you it failed as our love is blossoming at the start of the new life together.

Please Vote For Me!

My story ‘Oracle Train’ is leading in the final round of the Purple Wall Competition.

Thank you to all who’ve voted so far. You’re all amazing!!

Please keep voting every day at the link below and help make my victory come true!