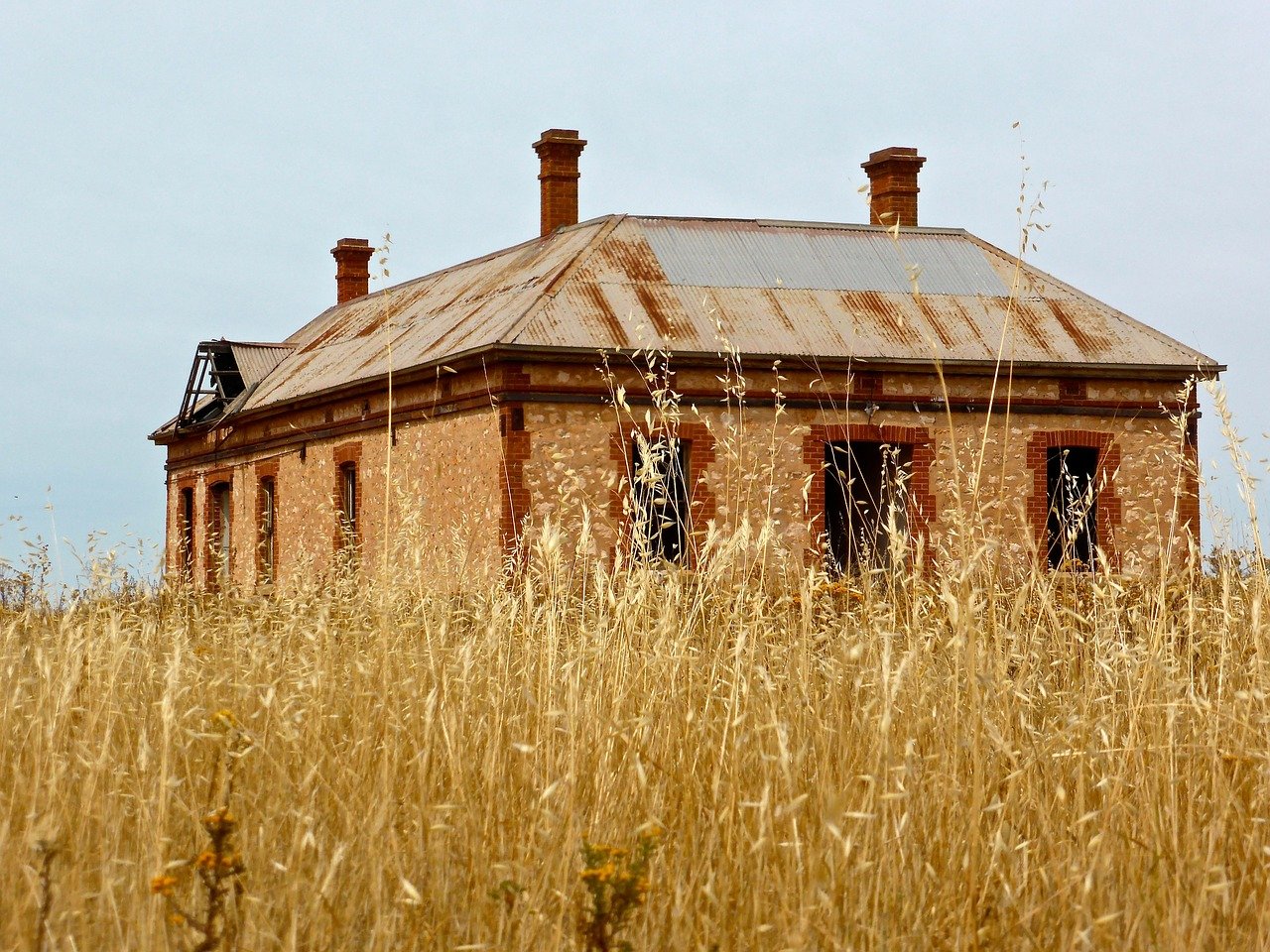 “Never follow your nose unless your brain agrees. Just because the signs are good, doesn’t mean it is. You must examine everything before taking the plunge. Only then can you be safe.”

Remember Lara and Freddie from Brambling Lamb? Well I decided we’d catch up with them on their road to London Marathon today.

“Bugger, the road’s closed!” Lara indicated and followed the diversion sign. She and her boyfriend Freddie were on their way to London for the upcoming marathon.

“Pity they didn’t say so back at the junction,” Freddie said giving her a smile in the fading light. “Good thing we always travel a couple of days early.”

“Yeah, this can’t delay us too long, can it?” Lara sighed as she was forced to slow the couple’s Lexus. The road became narrow, uneven and bordered by thick hedgerows. A true single-width country lane.

Ahead the tarmac ended altogether replaced by an earthen track. Beyond that, a gate blocked further progress.

“Well, this can’t be right,” Lara said stopping the car and shaking her head at the concerning development.

“No kidding, where have you taken us?” Freddie looked about him with a mystified look on his face.

“I don’t know. I just followed the diversion signs,” Lara slapped her thigh with frustration. “Oh, wait. There’s a farmhouse over there.”

“Great, let’s go ask for help,” Freddie alighted from the car and took Lara’s hand as she joined him. He thought she looked resplendent wearing her strappy cream dress. “I want you to know this isn’t your fault, okay?”

Lara stretched and kissed him on the cheek, “Thank you, darling.” She let herself be led through the brambly, overgrown front garden. The house was huge. Its old red bricks looked as if they’d been here for centuries. The doors and windows were wood coated in flaking cream paint. Lara knocked loudly, “I hope they’re friendly,”

Footsteps preceded the door creaking open. A gaunt beanpole of a man answered. With a dirty beard, stained shirt and jeans he looked like a vagrant. His dark stare fell upon Lara, “Yes?” he said through broken and missing teeth.

“Hello, the main road was closed. The diversion bought us this way. You don’t know where we should have gone, do you?” Freddie asked.

The man laughed, his eyes never leaving Lara as he spoke. “The roads round ‘ere are complicated. Come in. I’ll show you where yer need to go on me map.” Turning he headed back into the house.

“Thank you,” Lara said shivering from the unwanted attention.

Freddie put himself between her and the man. He followed him along the hallway and into a room at the back of the house. It was then he realised they made a terrible mistake.

The man spun around the couple and stepped out of the room. In less than a second, he raised a barred gate over the door. “Don’t worry, you won’t be ‘ere long.” He snickered his eyes undressing Lara. “Especially you, dolly. You’ll make me a fortune unless I keep you meself. Don’t suppose they’ll buy a bloke like you though. Probably ‘ave to kill you later.”

“I demand you led us out, now!” Freddie yelled kicking the solid bars. “And if you so much as touch her; I’ll kill you — understand.”

The couple’s captor laughed and walked away into the house.

“Not to vilify myself, but I say again what on earth did you drive us into?” Freddie turned to face Lara holding his phone. “We don’t even have a signal to call for help.”

She was hugging herself, trying to control the fright causing her heart to pound a hole in her chest. “I’m sorry, Freddie. All I did was follow the diversion signs but they were clearly a trap.”

“No kidding!” Freddie whirled about kicked the sofa in frustration.

“He made me feel like a juicy steak.” Lara shuddered again. “Why are people going to buy us?”

“No, Lara. We should refrain from thinking about that. This is scary enough now without making things worse.” Freddie smoothed her hair. “You do look delicious though so its no wonder he was drooling over you.”

“Thanks, I think,” Lara rolled her eyes and crossed to the window. Layers of dust and cobwebs blocked her view outside. “Look, there are loads of fingerprints in this dust. I think he’s been abducting people for a long time. We’re his latest slave trade I know it!”

“Damn it, Lara, I told you not to think about that!” Freddie pressed his hands to his temples; his face red with emotion.

“I’m sorry, okay!” Lara threw her arms wide. “I can’t help being terrified when I’m trapped in a creepy old farmhouse and about to be sold to god knows who!”

“Please forgive me, Lara. I didn’t mean to yell at you.” Freddie moved to hug her but she stepped away.

“No, we have no time for that.” She wiped her eyes and began scanning the room. Aside from the sofa, there was a small empty table dotted with tea stain rings. The only other object was an old sideboard. Its surface was devoid of objects.

“I know.” Freddie squeezed her shoulder. “I promise, they are never going to sell or take you anywhere.”

“Huh, how can you keep that promise?” Lara pushed him away and wiped tears from her eyes as she went to investigate the sideboard.

“Well, for one I can’t marry you if they take you away from me. Two, If they even try to touch you, I’ll kill them.”

“Are you really talking about marriage right now?” Lara threw open the sideboard doors sending them crashing against the wall.

“Sorry, that was a stupid thing to say,” Freddie sighed as he leafed through the cushions on the sofa, hoping to find something of use. “Is there anything in there?”

“It’s okay. There’s a ball of string and a dog bowl.” Lara walked across to him. Her footfalls registering a wooden floor beneath the moth-eaten rug. “You hear that, there’s a hollow space under here,” Lara jumped on the spot creating a hollow boom.

“Well done!” Freddie smiled as he muscled the sofa on end and shoved it against the barred door. Throwing the armchair against it he caused an eruption of dust. The thick air left him coughing as he rolled the rug aside. “There is, look — trapdoor!

“Yeah, and it’s padlocked,” Lara sneezed as she turned a frustrated circle and shook her head. “We’ll never get out of here.”

Freddie caught her shoulders. Holding her nose to nose with him. “Trust me.” getting himself a quick kiss he winked and said, “May I?”

“May you what?” Lara folded her arms trying to force herself not to grin under his adoring gaze.

“Borrow these.” He reached and carefully remove a couple of bobby bins from her perfect ponytail hair.

Lara watched as he straightened and use them as lockpicks. Twenty minutes of his swearing later, she punched the air in delight as the lock snapped open. “You did it, darling!”

“Yeah, now let’s hope we can get out down there!” Freddie looked grim but triumphant as he threw the hatch open. “It as dark as a cave.”

Lara put her hand in his pocket and withdrew his phone. She unlocked it and engaged the torch function. “That was illuminating wasn’t it?”

Freddie grinned, “Brilliant and beautiful. I really was lucky when I met you?” With a cursory safety glance, he dropped through the trapdoor and landed with a thump ten-feet below. “Okay, Lara. Jump down.”

“Ready?” Lara saw him nod and slipped into the hole. Holding the sides of the trapdoor for a fearful moment, she took a breath and let go. She felt his safe arms encircle her and smiled. “Thank you for catching me.”

“Always,” Freddie stole a kiss and set her down. His phone light revealed an old cellar stacked with wooden casks. “I bet this used to be an orchard. These look like cider barrels.”

“Better than that, we have stairs over there.” Lara crossed through the sea of barrels began to climb.

“Hey, take it easy. We don’t know where that guy —” Freddie saw widening light and top of the stairs and ran. Bounding past Lara, he leapt upstairs and crashed into the door shoulder first.

The man cried out in pain as the door bulldozed him back into the kitchen.

Freddie arrived in the room in time to see him slam into the kitchen table. A knife and several vegetables hit the floor.

The man swore and pounced on Freddie. Catching him about the throat he began to strangle him until a metallic thunk erupted about his ears.

Lara stood holding a cast iron skillet as she watched her captor hit the floor unconscious. “So, satisfying! I always wanted to do that,” she said with a wry smile.

“I’m just glad you hit him and not me?” Freddie grinned. “Come on!”

The couple ran from the house as fast as they could. Jumping into the Lexus, Freddie decided to drive. Accelerating into a wheel spin, he turned around and floored it. He was getting as far away from here as soon as he could.

“I can’t believe we made it!” Lara said full of relief as she put in a call to the police.

“Told you, I wasn’t letting that rotten creep have you.” Freddie reached over and gave her leg an affectionate squeeze.

“You did, thank you.” She lay her head on his shoulder. “Do you really want to marry me?”

“Depends. Are you planning to drive me to any more horror show locations in the future?”

Lara let out a snort of laughter and playfully punched his arm. “Cheeky, git! You know I didn’t do that on purpose.”

“Then there’s hope for you yet,” Freddie told her as he pointed toward London again.