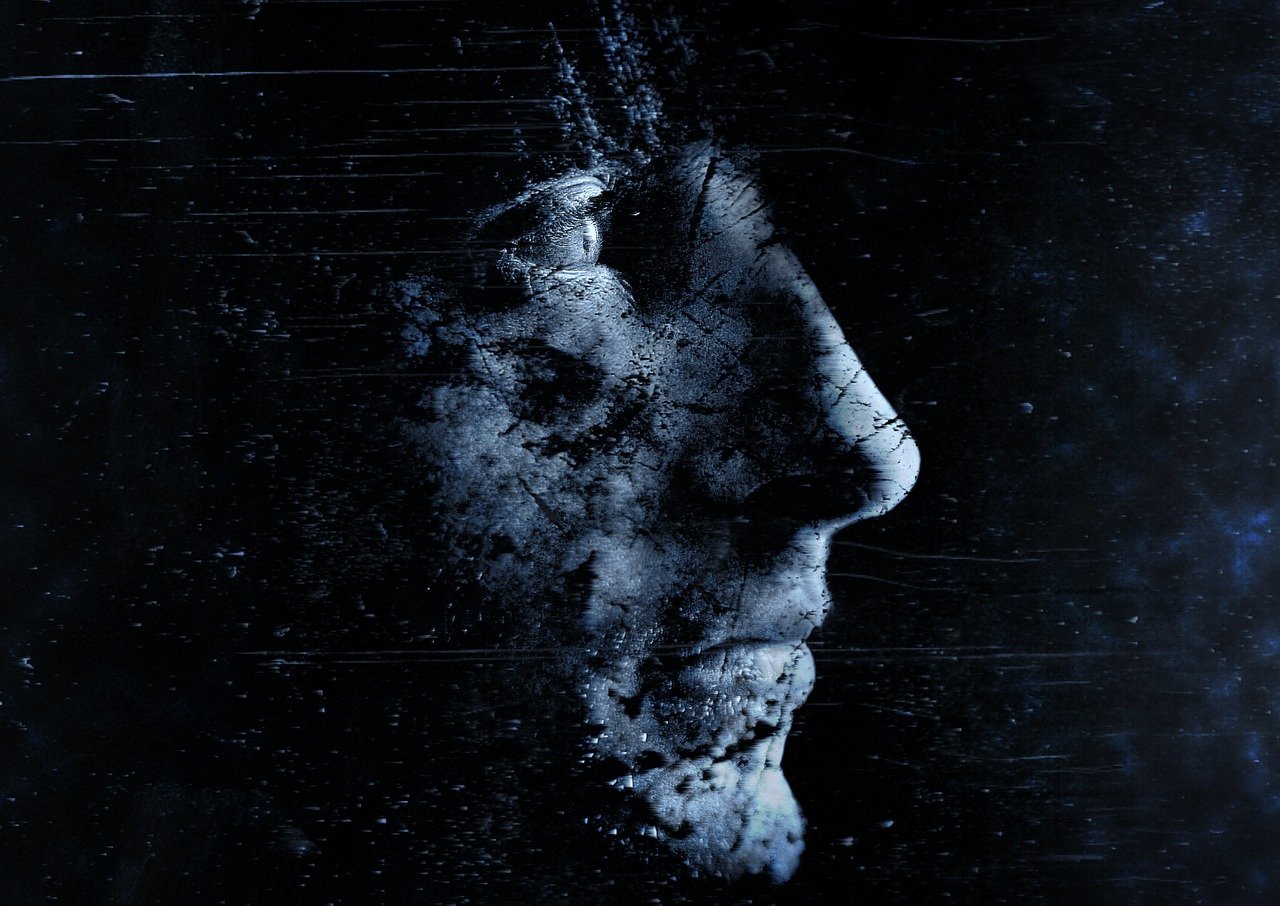 “Do two wrongs make a right? Does one bad turn deserve another? Does one murder garner revenge for another? Does vengeance ever remove the pain of loss and suffering from your heart? No but it beats sitting around doing nothing. That’s why Justice will be served by Karrion!”

I was Charlie, not that having a name mattered. When I was a little boy, an accident with a hot kettle disfigured my face. From that moment people would cringe when they saw me. I hated that reaction. My warped and burnt face had another reaction. I became invisible to most people. People wouldn’t even acknowledge I was in the room. Even my teachers never paid me any attention. Worse they never fended off the bullies who relentlessly tormented me. Raynaud was the worst; calling me frog-face, feigning being sick whenever he saw me, destroying my belongings, and beating me whenever the chance arose. I was victimised every day I went to school because of how I looked.

One day the bullying escalated to the most severe level. My sister Rachel and I had been playing in the woods. Reynaud and his gang of goons found us. By the time the assault was over I was buried in the leaf litter. They thought me dead — their greatest mistake. They’d broken my ribs, a wrist and my left orbital bone, but I was alive.

I’ll never forget hearing my sister screaming as I lay unable to save her. Finding her stripped of her clothes and dead not far away, blackened my soul. By the time I buried her, I was no longer Charlie. He was far too nice. Not capable of living in this cruel world. Not capable of vengeance I longed for. Charlie was dead.

Surviving in an abandoned church, I had only the crows for company until I healed. Only then did I return to the city in the dead of night to see what had changed.

I found a newspaper article telling of Rachel and I being presumed dead having disappeared for so long. That made me pull on a warped smile. “Yes, Charlie is dead. I am Karrion!

As an invisible man, I kept to the shadows. Living as a dead man forced me to learn many skills to survive. To get what I needed, I picked locks on shops and homes and helped myself. My vengeance day drew ever nearer. It came the day I held all the addresses of those who’d killed Rachel.

Soon, I stood ready in the abandoned church. Nobody would recognise me draped in my long, black leather coat. My melted face and battle scars were hidden behind my mass of shoulder-length black hair. I ran my fingers over the knives in my belt. “I’m sorry Almighty one. What I must do will be unholy. However, justice must be served by any means necessary. Please, allow Rachel’s soul to rest.” I bowed my head and left the church.

One by one I sought out the murdering bastards. Each time I infiltrated their homes I reminded them of their crimes against Rachel. By the time I left, each was close to death and yet living enough to admit to the police what he’d done.

By two in the morning only Reynaud remained. I stood outside his home contemplating what I would do to him. It had been him who’d set his gang on Rachel like a pack of savage wolves. Even as I stood there, I could hear my sister’s screams echoing in my brain. I wiped tears from my cold eyes and stalked toward the house.

Slipping through the front gate I passed a bed of roses and tried the white double-glazed front door. Smiling would have been easy then. The door was unlocked, I was in without trying. Reynaud was too smart for this. He must have known, I’d taken out his gang by now.

This had to be a trap.

I entered anyway —my death would only be sweet release from a life that had been hell on earth.

The family had money and lots of it judging by the expensive furnishings. White leather chairs, enormous cinema screen, brand-new state-of-the-art kitchen with a six-burner range. I’d grown up with very little and here was Reynaud. A rich punk with everything and yet he still had to destroy my life and take my sister from me. I was boiling with fury as I climbed the stairs. It was time to end this. The first room belonged to a girl. I could hear her soft breathing. The moonlight cut through the curtain, casting silvery light over her small, vulnerable body.

Walking to her bedside, I ran a finger over her soft cheek. It would have been easy to end her life in retaliation for Rachel. To take her from Reynaud and leave him feeling as I did.

“Touch her again, I’ll kill ya!” whispered a gravelly voice.

“I applaud you, defending your sister. Never stopped you taking the lives of other girls did it?” I replied without turning around. My voice a glacial, deadpan whisper.

“What are you talking about?” Reynaud said. By the ratchet of metal, I knew I was in the crosshairs of a shotgun.

I flashed across the room, seized him by the neck and drove him through the door. The shotgun hit the carpet, my foot sending skittering into the bathroom. As his back dislodged pictures from the wall, I squeezed. “Rachel Longstaff is dead because of you. How do you plead?”

As if possessed by demons, my fist connected with his stomach. His groan of pain filling me with great pleasure as I hurled down the stairs. Every thump and crack of his body revenge for Rachel.

I stalked down the stairs in time to see him crawling away like this slug he was. A kick in the ribs dumped him on his back. “You tortured Charlie for his disfigurement. You killed him. Then because she was there, you took advantage of and killed Rachel too. How do you plead?”

“Charlie is DEAD!” I seethed as I seized him by the scruff of his pyjamas and hauled him to his feet. “I am Karrion! Your judge, jury and executioner. How do you plead?”

“Wrong answer!” I powered him off his feet and swung him across the room. He exploded through a cabinet of expensive dancer figurines in a shower of glass. Crashing to the floor, he lay whimpering like the coward he was.  “You killed Rachel, didn’t you!”

Reynaud was bleeding from several places now. Every drop counting as a portion of life essence he’d stolen from Rachel.

“Don’t kill my daddy. Please I beg you!” The little girl was on the stairs with tears flowing down her cheeks.

I drew a knife thrusting it through Reynaud’s pyjamas pinning him to the floor. With him going nowhere, I approached her. “Go to bed little one. Daddy did a bad thing and he must pay for it. I promise everything will be okay in the morning.”

“Okay,” she said before scampering upstairs.

Was it a foible in my armour that I let her live? Maybe but her soul was innocent. Rachel’s blood was not on her hands.

With her out of the way, I turned back to Reynaud. The knife ripped through the shoulder of my coat missing my flesh by millimetres.

He’d gotten up and attacked me. The last violent thing he’d ever get to do.

“Nice try,” I breathed as I landed a series of fast punches and caught him with a sickening headbutt. I felt his nose break as I grabbed and hurled him over the expensive sofa. I cringed as he sailed straight through the window and disappeared with a violent crash and eruption of glass and plastic. His exit would certainly garner a reaction from the neighbours.

Leaving by the front door, I found him unconscious on the lawn. I took out an envelope containing photographs of my murdered sister and the damage he’d done to Charlie. I included a folded statement from Charlie as well. With them was a pouch of evidence – DNA, hair samples, coordinates to Rachel’s body. Everything the police needed to convict Raynaud of the murders. Using a knife, I pinned everything through his hand into the lawn beneath.

“Oh My God! What are you doing?” screamed the woman hurrying outside as sirens filled the night air.

“Justice has just been served on behalf of Rachel Longstaff!” I yelled as I set off into the night. “Let it be known if a person chooses to victimise, attack or hurt someone in this city again. Karrion will be there. Karrion will make them pay!”

19 thoughts on “Birth of Karrion”