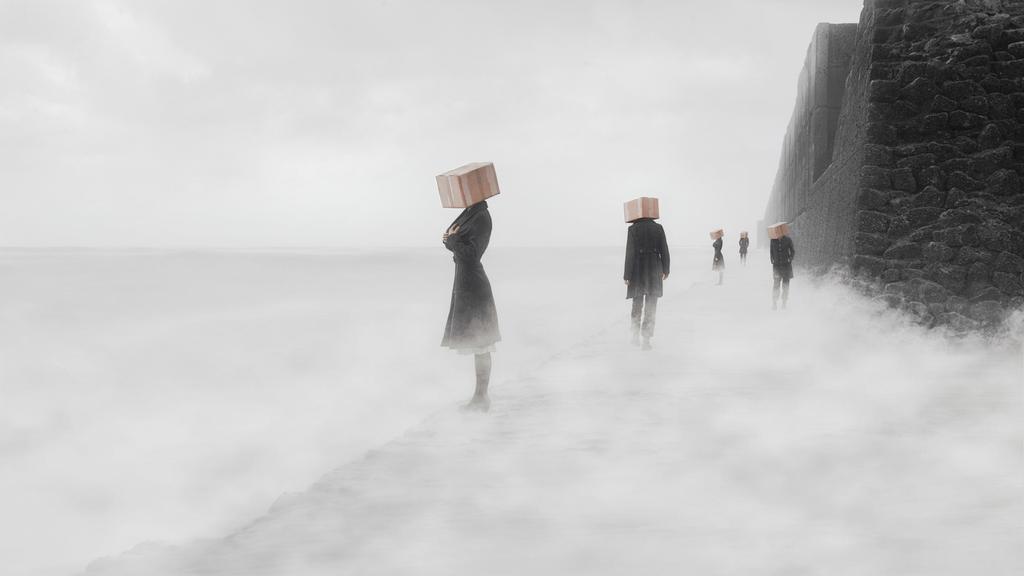 “Sorry this isn’t about those funky springs. I know … I’m sorry I used to love them too but they didn’t fit the prompt. Ready for a fast and furious little chase? Go on – read and hopefully enjoy!

A white mist glowed in the morning sun. The streets below the castle’s imposing thirty-foot grey-stone walls were already awash with people in their business suits, dresses and designer coats. Stemler moved among them with his head on a swivel and keen grey eyes focused like a kestrel seeking breakfast.

Stemler was an agent for the MI6. His mentors were some of the best agents ever to protect the country. Now, Stemler felt it his duty to do them proud. Somewhere within the maze of narrow streets and alleyways, a killer lurked. A man lay dead; murdered in a gruesome manner during the early hours. The crime had already made to the radio and news sheets making finding the murderer much harder. Stemler moved his eyes from person to person while moving along the street. It amazed him how they continued about their day without a care in the world. Did everybody live with cardboard boxes over their heads oblivious to the danger?

The glow of a cell phone in an alley caught the agent’s attention. Stemler ducked into the shadows. Always keeping bins and piles of rubbish between him and the phone user. He felt unable to make a move until he knew this was the man he was after. Inch by inch he crept nearer until he could hear the conversation.

“Achilles, it’s Slinky. Ya gotta get me outta here, man! Soren reneged on the deal, I had to kill him … The pigs are everywhere. I’m as good as dead if ya don’t spring me.”

‘Achilles, huh. That can only be Gino ‘Achilles’ Greco,’ mused Stemler. He was well known as a Mafia drug dealer. His nickname Achilles came from him being so fast he was never caught. ‘Maybe, I’ll bag both of you.’

“Nah, now! They could be on me any second!” demanded Slinky. “Yeah, righto. See ya shortly.” Hanging up, he pocketed the phone and slipped around a corner.

Stemler followed like a panther waiting for a chance to pounce.

Slinky made a couple of turns, always sticking to the alleys and quiet back streets. Showing his knowledge of the city, he avoided the busy squares and high streets like the plague.

The back of the butchers smelled like death. Worse a cat decided to leap out of their bin. In that instant, Slinky glanced behind him. Stemler was caught. Slinky burst forward like an ostrich trying to outrun a lion. He hurled bins and boxes and ran for all he was worth.

Stemler cursed his luck as he leapt piles of rubbish shouldered past rolltop bins shoved in his path.

Up ahead, Slinky dashed through a now unavoidable square of shops. Cutting through pedestrians, he dumped a man over a railing in his desperation to escape.

Stemler was reminded of people milling about with cardboard boxes on their heads, most never noticed the chase in progress. Cursing, he leapt a bench and sprinted past a fashion shop and a bakery. The smell of bacon rolls leaving his stomach rumbling as he left the square behind.

Slinky thundered down a set of stones steps grooved with age. Missing two, he almost fell.

Stemler saw him slam into the side of a black van. A cry of pain told of possible injuries.

The murderer threw open the sliding door and scrambled inside.

Stemler bounded down the steps and jumped. His fingers clasped around the closing door. He was too late. The van accelerated away, dumping him on the pavement. Unfazed, the agent climbed to his feet, looking for answers.

Stemler moved to block the superbike’s progress and pounced. Grabbing the handlebars, he dumped the rider to the floor and mounted the Ninja. “Sorry, MI6 business. You’ll be compensated!” he yelled as he set a powerful machine roaring in pursuit of the van. This was a racing quality superbike capable of doing more than 200 miles-per-hour.

Shops and office buildings became a misty blur to Stemler as he raced to catch his prey. The van ignored the red traffic light and made a left turn. Its tyres screeched as it broadsided a small hatchback and accelerated away.

“Hey! What the hell are you doing!” screamed a female pedestrian diving into a doorway.

“Sorry!” Stemler yelled. Having made the turn on the path to avoid vehicles, he felt uncouth but needs must. The Ninja leapt the curb and regained the road with a burst of speed. It was only then, the agent realised this was a one-way street and it wasn’t this way. Horns blared as he weaved through oncoming cars like a lunatic.

Still ahead, the van reached a roundabout. The driver scythed straight through a cyclist and bounded over the grass embankment in the middle of the four intersecting roads.

Stemler saw the cyclist fly into the air. He swore and swerved, missing the mountain bike by inches. The move had turned him straight into an oncoming lorry. Air brakes hissed as the lorry jack-knifed across the road. The driver losing control as he attempted to avoid disaster.

The agent couldn’t avoid the massive vehicle now. He locked his knees to the bike and threw himself sideways, sliding the ninja straight under the trailer in a shower of sparks. Breaking back into the light, he forced the superbike upright, kicked off the bonnet of the Mercedes and gunned the accelerator.

The van had cleared the roundabout leaving a wrecked and smoking car in its wake. Never stopping for traffic lights or slowing down it bulldozed its way past the city’s largest shopping centre.

The road here was larger and clearer. Stemler easily reeled in the van Alongside, he watched the passenger’s window slide down. A dirty black barrel emerged. The business end of a Benelli M3 shotgun.

“Die pig!” Slinky yelled as the gun barked off a blast of buckshot.

Stemler threw the Ninja against the side of the van. A shop window exploded under the impact of the gun and people screamed.

Stemler wasn’t there, he’d thrown the bike to the right to avoid a parked car. Mounting the pavement, he swerved around it, clipped a lamppost and regained the road.

By now police sirens filled the air. Slinky did stop his barrage. Shooting out the tires of the first police car on the scene, he watched it careen off the road and disappear into a florist shop.

The agent turned away from an explosion of glass and flying debris. Refocusing on the road he saw a skip with a wheelbarrow ramp blocking his way.  “That’s it! I’ve had —”

The shotgun sailed from the van. It crashed into the windscreen of the Ninja, hit Stemler and bounced away. Slinky sent a hail of nine-millimetre rounds after it, pock-marking the road.

Stemler felt a bullet slam into the bike. The front headlight disappeared and fuel began spilling from steaming holes. He bent low, took aim and increased his speed as he hit the ramp. The superbike leapt the skip and piles of building materials. The agent leaned hard and then ejected. He somersaulted along the road. The superbike collided with the front wing of the van. Tyres exploded in a blast of metal and plastic debris. A blizzard of sparks ignited the superbike’s gas tank as it wedged beneath the wheels. A wall of flames erupted over the van as it pole-vaulted through the smoky pyre and slid to a stop on its roof.

“Yow! I think I broke my arse!” Stemler groaned as he climbed to his feet.

“You broke way more than that, pal!” remarked a man looking gobsmacked at the destruction all around him.

Stemler glanced at the burning Ninja, upside-down van and debris-strewn road. “Well, maybe one or two things.” Limping to the van, he was in time to see Slinky leave an unmoving Achilles and drag himself out of the wreck.

“Who the hell are ya?” He moaned through busted lips as he staggered to his feet wielding a Bowie knife.

Slinky lunged screaming, “Ya screwed everything! I’ll bleedin’ kill ya!”

Stemler slipped around the knife and decked him with a well-placed punch in the mouth. “You’re welcome,” he remarked to the unconscious criminal. “Maybe, everybody can put their boxes back on their heads and go about their oblivious lives now,” he added with a victorious smile.