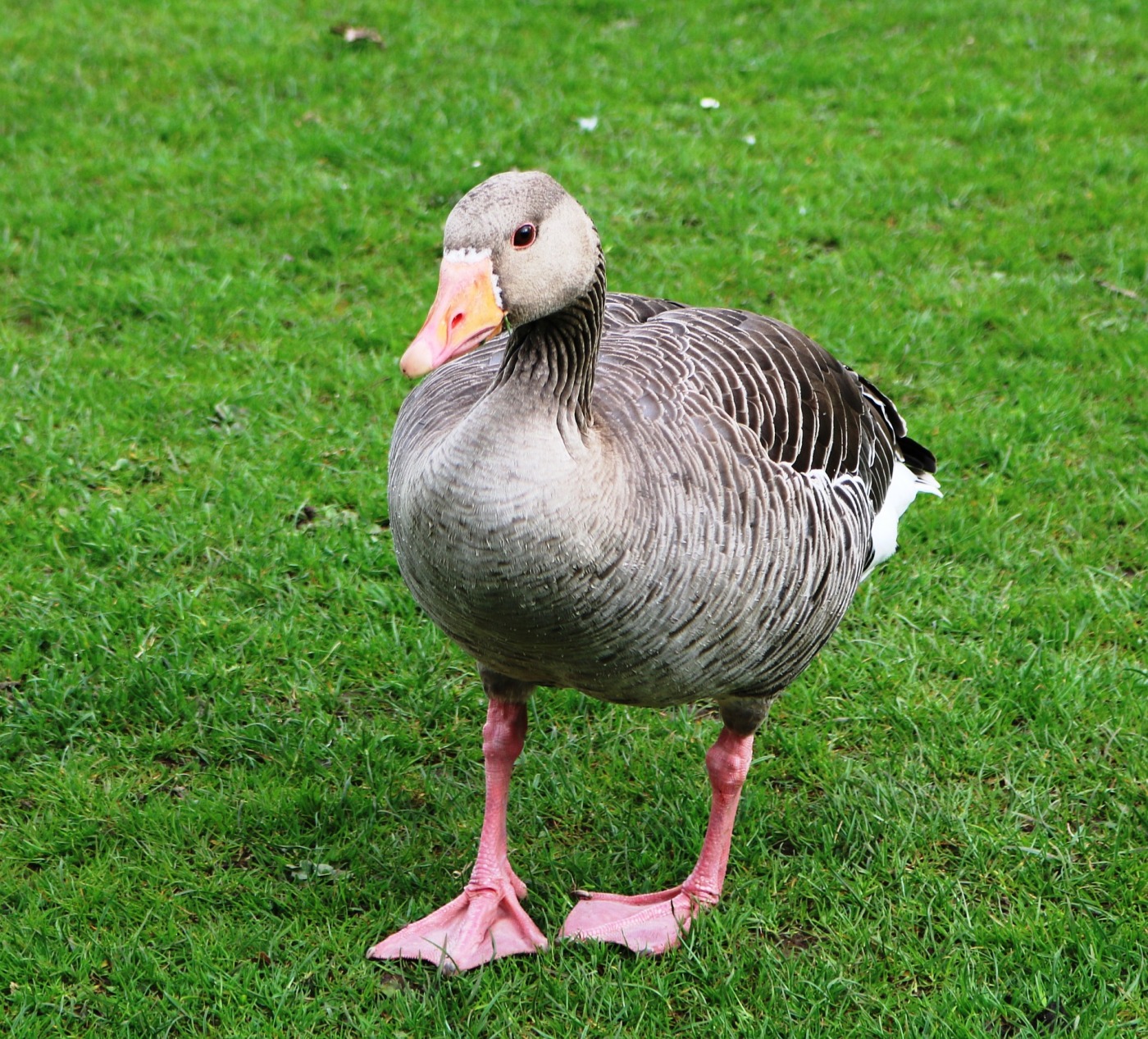 ‘Goose in trouble, Wroxham river, near the pub.’

Malky read the text message and responded with ‘I’m on my way.’ with a sigh he turned his van around and headed for the village. “Marvellous, there are about a thousand geese there. I could search for a week and not find it.” Malky was a wildlife rescue expert. He’d spent thirty years catching and rehabilitating sick and injured creatures.

On the plus side, there wasn’t a cloud in the sky as he drove over the river bridge and descended into the village of Wroxham.

Malky glanced toward the Riverside pub and saw a grey-haired lady wave to him. Returning the gesture, he made a left turn behind the pub and made use of the shop car park. It took him a minute to retrieve his catchpole, net and bird carrying bag from the back of his little van.

“Thank you for coming so quickly!” said the lady when he made it onto the riverside path. “The poor goose is in serious trouble.”

“Morning, madam. I’m Malky. Thank you for calling us about the goose. Can you show me him?” Malky urged. She’d save him a lot of time if she knew where the bird was.

“I’m Jean. I live in the village. The goose is this way.” Jean lead the way back toward the road bridge. A few people were enjoying the river and walking their dogs.

Malky smelled fried breakfast coming from the pub. It made his stomach gurgle. Breakfast cereal at five in the morning did little to tide a person over to lunch he realised.

“There you see her?” Jean pointed to the central stanchion of the bridge. Where the concrete plunged into the water, a pink-footed goose was floundering. It seemed unable to get away from the bridge.

“I see.” Malky took out some small binoculars for a closer look.

“It tried a couple of times to fly but it’s trapped in fishing line, I think.”

Malky could see some red line around the bird’s wing alright. “Yeah, it is – poor thing.” He gazed about wondering what the best option was. The bird was twenty- five feet from shore under the bridge. “Let’s get her to safety, shall we.”

“Oh, please. I’d hate for her to die out there, like this.” Jean wrung her hands fretfully.

Malky nodded and jogged along the river bank. He’d spotted a young fisherman preparing his little blue motorboat. “Morning, chap. I’m Malky and with Wildlife Rescue. I have a goose trapped in fishing line under the bridge. Can you help me rescue it?”

“Hop aboard, mate. I’ll be glad to help. Especially seeing as though my ilk got the bird stuck.” The fisherman stowed his bait box and helped Malky onboard with his equipment. “I’m Roger.”

“Thanks, Roger. Nice to meet you.” Malky sat down and prepared his gear as the fisherman started his boat with a small cloud of smoke and guided it slowly toward the bridge.

Jean was waiting there on the riverbank. She smiled and waved as she saw Malky moving in to assist the bird.

“There it. Can you get me in close?” Malky asked now kneeling at the keel with his Kevlar catch gloves on.

“Poor thing. Let’s see what we can do.” Roger feathered the throttle so as not to send waves of water over the stricken goose.

“Good luck, mate,” Roger said as they swung in close.

Malky lunged and caught the goose about its slender, strong neck.

It hissed and batted at him with its free broad grey-and white wing.

“Easy, girl.” Malky slipped his free arm over and around the bird’s body, pressing its wings shut. In control, he hauled it into the boat revealing yards of line wrapped around bird and bridge. It was knotted about the gooses left-wing and leg as well.

The panicked goose continued to hiss and honk

“Bloody, Nora! Did somebody throw a whole tackle shop off the bridge!” Roger remarked having dropped his anchor into the water. “Makes me mad that fisherman do this and give us all bad names,” he added having come forward to help.

“At least, you’re a responsible one and helping me too,” Malky remarked while feeling helpless, holding the bird and unable to free the line. “Can you take my knife from my waist pouch and cut the line free?”

“Sure.” Roger took the knife and with a few quick cuts, freed the goose from the line. It was still wrapped around its wing and leg but at least the bird was free from the bridge now.

“Nice work.” Malky smiled as Roger picked up the bird bag and helped him put the goose inside.

“Makes me feel good to help.” Roger returned the knife and took up one of his own from his fishing gear. He reached into the water and began hauling out the remains of the line. He recovered several feet of the red nylon and a vicious barbed hook as well.

Malky laid the goose in the boat. He carefully cut away all the line, revealing a few angry cuts to the poor birds, leg. The wing thankfully seemed undamaged aside from a few bent feathers. “Look at all this line. It’s ridiculous!”

“No kidding! I’m going to keep all this and use it to educate the other fisherman around here,” Roger said. He hauled the anchor in and brought Malky and the goose to shore.

“Thank you for the help, my friend.” Malky shook his hand and smiled at Jean running along to meet them.

“Oh, well done, boys! You saved her,” she said hugging them both.

Malky applied some waterproof antiseptic to the goose’s wounds. He decided it was fit enough not to require a vet and so to a round of applause; set the goose free.

From that day on, the pink-footed goose with the scar on his leg was often seen riding on the prow of Roger’s boat.

A little note: Our rivers and oceans have more trash, rubbish and pollution in them than fish and wildlife now. Every piece of fish we eat has microplastic inside it which in turn ends up inside and poisoning us. Be responsible never chuck anything in or beside the water. Put it in the bin or take him to dispose of correctly.
Remember: not only are we killing the wildlife, we’re killing us and there will be no future for our children soon.

Thanks for reading my friends. As always there are more stories to be enjoyed (I hope) in the Short Stories and Short Stories 2 tabs. There’s also poetry here in Poetry Corner

25 thoughts on “Goose in Grief”